CAR-T cells are an exciting cutting-edge technology that has been garnering great interest including in the stem cell field. Potential therapeutic uses of CAR-T, which stands for Chimeric Antigen Receptor T-Cells (CAR-T), are being studied in clinical trials as immunotherapies to potentially fight cancer as well as many other diseases by using one’s own immune system.

The process of CAR-T therapy (see diagram below) starts off with the collection of the patient’s own T-cells through apheresis. The cells are then genetically engineered to make them produce specific chimeric antigen receptors.

The designer receptors give the modified T-cells the ability to target specific disease-causing cells, such as cancer cells. The CAR-T cells are then grown in the lab and after they multiply to sufficient numbers, the cell culture is then sent to a patient treatment center for administration.

Currently, the three major approved medications for CAR-T therapy are Kymriah, Yescarta, and Tecartus. Below I go through the major characteristics of these three CAR-T drugs.

Kymriah is a CAR-T therapy developed by Novartis that is focused on treating blood cancers such as B-Cell acute lymphoblastic leukemia. It currently costs $475,000 for leukemia and $373,000 for lymphoma. Kymriah has been relatively successful and brought in $182 million in 2019. However, Novartis has reportedly struggled in meeting the FDA’s requirement of having 80% viability.

In terms of the effectiveness of Kymriah, the FDA released product information that states that of the 63 patients in the clinical study for Large B-Cell Lymphoma, 52 patients (83%) showed remission after a 3 month follow up. The duration of remission was 52 months. All of the efficacy statistics can be found in a table in the above link on page 19.

Yescarta is a CAR-T therapy developed by Kite Pharma (Acquired by Gilead in 2017) for large B-cell lymphoma that could not be treated with other conventional therapies. In terms of affordability, CMS recently announced that they would cover CAR-T therapy which would make the maximum a patient has to pay to be around $1,340. However, it has been reported that many hospitals may be losing up to $300,000 per case with this payment. More broadly, hospitals are often not being adequately compensated for providing new cellular treatments. While the patients are not paying as much, is this sustainable and would it prevent hospitals from giving certain treatments?

In terms of the effectiveness of Yescarta, the FDA released product information that states that of the 101 patients who received Yescarta, 73 (72%) showed an objective response rate. Of those 73 patients, 52 patients (51%) showed complete remission while 21 patients (21%) showed a partial remission. The median duration of remission was 7.9 months.

The most recent CAR-T therapy that has been approved by the FDA (on July 24, 2020) is Tecartus made by Gilead. This is the second CAR-T drug approved for Gilead behind Yescarta. Tecartus is used for treating patients with mantle cell lymphoma (MCL) that have not had any success with other conventional treatments. Tecartus is a milestone for CAR-T therapy for being the first approved for treating MCL. It showed promising results by clearing MCL from 67% of the patients in a phase 2 study. In terms of affordability, Tecartus will end up costing $373,000 and should be covered by Medicaid, although it can be dealt with on a case by case basis due to it being a new treatment.

In the FDA released Tecartus Package Insert, it is stated that of the 74 patients in the study who were leukapheresed, 60 patients were found to be efficacy-evaluatable after the course of 6 months. Of the 60 patients, 37 (62%) had a complete remission and 15 (25%) had a partial remission. The duration of response for complete remission ranged from around 2 months to around 22 months while for partial remission, it ranged from instantly to around 22 months.

Still some unknowns for CAR-Ts

CAR-T therapy is just starting to become prevalent over the past couple of years. The long-term effects including risks are not completely understood yet including the effect that it has on the patients’ immune system. An interesting clinical trial is being planned on studying the effects that CAR-T therapy has had on patients that have stopped other therapy. It is focusing on observing if patients have remission and is keeping track of the count of B and T-Cells. It is sponsored by Novartis, the same company that developed Kymriah.

While CAR-T therapy has been gaining momentum recently, one major challenge is presented by the side effects it has. The most prevalent side effect is the so-called “cytokine storm” or cytokine-release syndrome (CRS), which is the sudden massive release of cytokines by white blood cells. CRS can cause intense fevers, weakness, and even organ failure and death in severe cases.

A clinical trial done by the University of Pennsylvania showed 51 out of 73 patients develop signs of a severe cytokine storm. 46 out of 73 patients also developed severe Febrile Neutropenia. This ended up causing 62 out of 73 patients to need intervention by withdrawing from the trial and led to the trial being stopped. While there was some success in gaining full remission, the side effects were a very clear problem that needs to be addressed for this type of CAR-T therapy.

Researchers are trying to develop methods to control CAR-T cells once transplanted into the patient. A company called Auxolytic is working on a new approach of causing cell dependence on external signals to control CRS or other problems with CAR-T. They are trying to gene edit the cells to make them dependent on externally supplied uridine monophosphate synthetase. This should allow the control of cell growth at a predetermined rate that is safe and effective for the patient.

The current approach to safeguard mechanisms relies on the introduction of transgenes, which has many shortcomings:

The potential for this cell dependence idea is very promising and could help advance CAR-T research overall in trying to find a solution to its side effects that hinder it from being more widely available.

As the world is being swept by COVID-19 and hospitals are becoming extremely overwhelmed during peaks of local outbreaks, CAR-T is being suggested as a potential therapy. However, the practicality and safety of CAR-T therapy for COVID-19 during these unprecedented times might be questioned. In addition, how might the COVID-19 pandemic impact patients already getting CAR-T cells right now?

Some important questions come to mind on the idea of CAR-T for COVID-19:

The chart below does a good job of listing the key different aspects of hospital operations that are currently being affected and how they could affect the efficacy of CAR-T therapy.

While there are many concerns regarding the continuation of CAR-T therapy during the ongoing pandemic, the importance of these therapies to many people should not be ignored. Many vulnerable people depend on CAR-T to give them a chance of survival.

A clinical trial that was done to understand the effects of CAR-T therapy in patients that had early stages of HIV might be an interesting parallel to look at to make predictions about the complications that might arise due to the Coronavirus such as blood and lymphatic disorders.

Other CAR-T Uses: Targeting of Senescent Cells and Aging?

Senescent cells are cells that have stopped dividing, and are thought to play a role in aging and age-related disorders. Recently, there has been some interest in the idea of CAR-T cells attacking senescent cells to offset the aging-related side effects that they may cause. While there is some ongoing research as of now, it is still at a very early stage and much more needs to be done in terms of understanding the safety and efficacy of this potential treatment.

Recently, scientists at Memorial Sloan Kettering studied the use of CAR-T cells to help with the elimination of senescent cells. They were able to find that most senescent cells expressed the urokinase-type plasminogen activator receptor (uPAR) on their surface. In order to target these cells, they modified T-cells into CAR-T cells that would recognize uPAR and attack the cells that were uPAR+.

They found this treatment to prolong the survival of mice and that it restored tissue homeostasis. It will be interesting to see if this kind of approach ends up being tested in humans.

Dr. Knoepfler also discussed this paper here on The Niche and you can see one of the figures from the paper with data on the senolytic function in mice above.

Recently, another type of therapy called CAR-NK cells has been making some headlines. CAR-NK which stands for CAR Natural Killer cells. These are proving to be less toxic and have less severe side effects than CAR-T. MD Anderson carried out a promising phase I/IIa trial that showed that patients did not experience the cytokine storm, or neurotoxicity. Eight out of eleven patients showed a complete response and had no disease after 13.8 months.

In 2018, Fate Therapeutics announced FDA clearance for running a clinical trial for iPSC cell-derived CAR-NK cells for use as a cancer immunotherapy. Their website describes the goal of their clinical trial as, “The Company plans to initiate first-in-human clinical testing of FT500 in combination with checkpoint inhibitor therapy for the treatment of advanced solid tumors. This study is expected to evaluate the safety and tolerability of multiple doses of FT500, in multiple dosing cycles with nivolumab, pembrolizumab or atezolizumab, in subjects that have progressed or failed on checkpoint inhibitor therapy.” UCSD is going ahead with administering FT500 by Fate Therapeutics to the first patient in a clinical trial for patients that have an advanced solid tumor that has not slowed down in terms of growth rate with other FDA approved drugs.

About the author: The author Suhas Sakamuri is a sophomore at Reed College and an intern for The Niche blog with Dr. Knoepfler at UC Davis. Note Dr. Knoepfler also contributed to this article, mainly through brainstorming and editing. 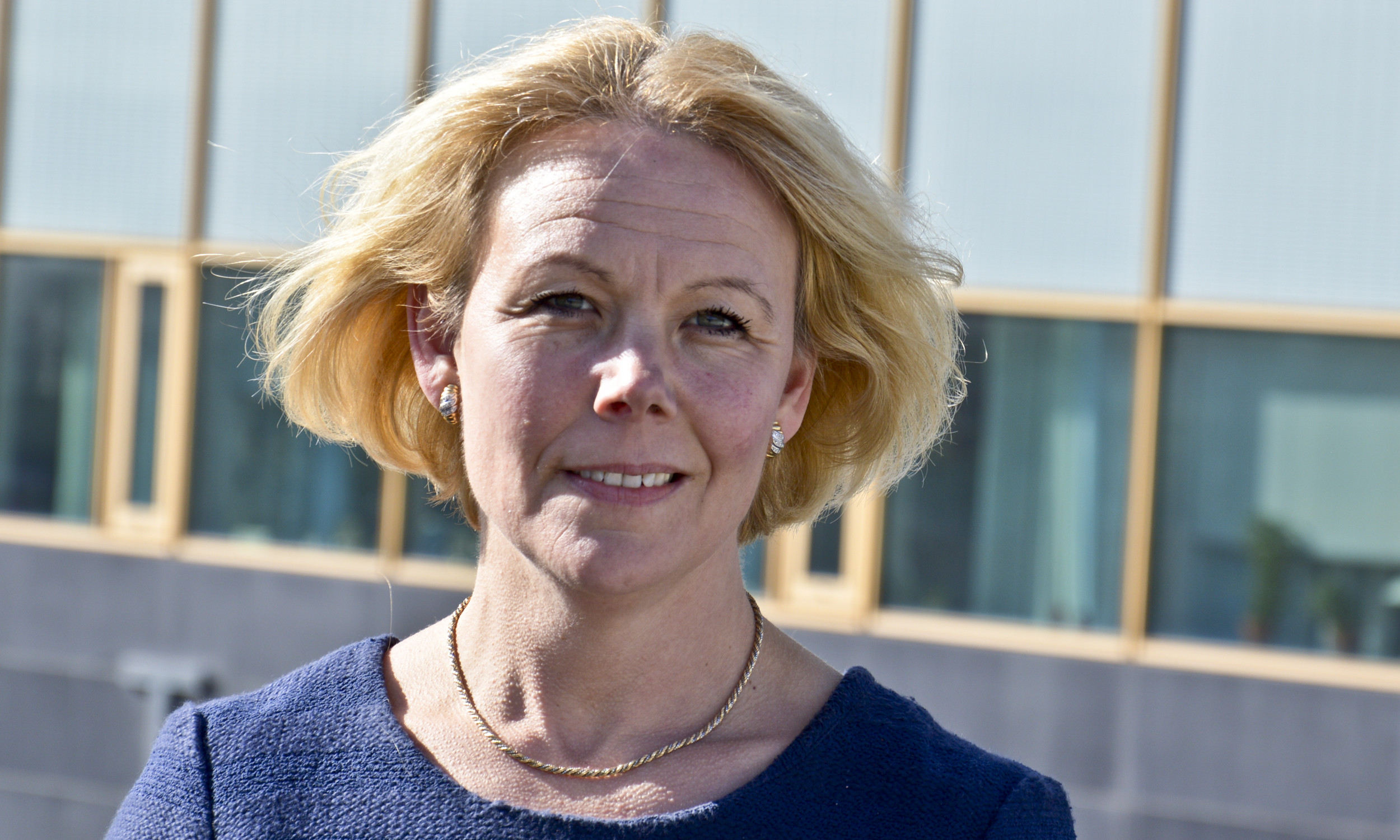