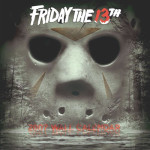 Today is Friday the 13th, which is supposed to be bad luck, and it seems to be a bad luck day for iPS cells.

A paper came out today in Nature that will be highly upsetting for anyone hoping that iPS cells can follow a fairly direct path to the clinic. The paper from Yang Xu at UCSD showed that iPS cells were immunologically rejected by mice of an identical genetic background from which the iPS cells had been derived in the first place. In other words, the mice recognized the IPSCs as foreign so they attacked and killed them. This is quite a blow because one of the key advantages of IPSCs over ES cells was supposed to be their potential for use in autologous transplants.

What this means in a human context, assuming that the findings hold up in humans which seems likely but not definite, is that IPSCs made from a patient may very well be recognized by that patient’s immune system as foreign and killed. Hence, a transplant using iPS cell derived cells may not work. While it is true that such patients could be given immunosuppression, this kind of defeats the purpose of making the iPS cells in the first place because the patient could be given human ES cell-derived cells (with immunosuppression) and have the same net effect.

Then why go to the trouble of making the iPS cells in that case? The answer is, there wouldn’t be a compelling reason.

These findings only add the headaches for the iPS cell field of late what with findings of many mutations in iPS cells and so-called epigenomic alterations in IPSCs.

The apparent signal for the immune system to recognize iPS cells as foreign is overexpression of at least 9 specific genes in the IPSCs or in teratoma derived from them. These genes produce antigens that in effect act as flags telling the immune system they are foreign and should be killed.

One limitation of the paper is that it focused on teratoma. It is unclear if “normal” tissues or cells derived from IPSCs or IPSCs themselves would be rejected in the same manner. Hopefully they would not and could be used for transplant.

This is very disappointing. In the 5 years since IPSCs were first produced, it seems more and more concerns have been raised about their potential clinical use. However, we have learned a great deal about these amazing cells and there remains hope that these issues can be resolved so that the cells might in the future have some clinical use. Stay tuned. It may continue to be a bumpy, but fascinating ride.

8 thoughts on “Friday the 13th for iPS cells”