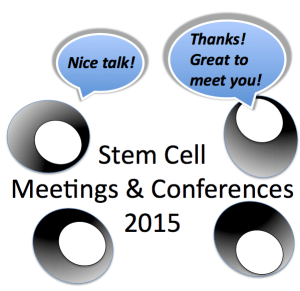 Below is a list of upcoming stem cell and regenerative medicine conferences and meetings in 2015.

If you do not see your meeting, please let me know and I will include it.

This list is meant to be as inclusive as possible, but by listing specific events I am not necessarily endorsing them.