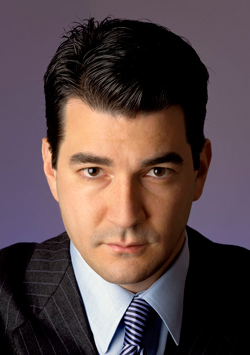 could dramatically alter how the agency regulates investigational stem cell therapies. How might such changes unfold? There are potential upsides and downsides to  the seismic shift that could be in the offing.

More recently, a speech he gave at an ISSCR meeting in Berkeley last year is much more balanced in tone than the 2012 WSJ piece. This quote from the Berkeley talk, for example, is balanced and emphasizes standards:

“Expediting the development of these novel and transformative technologies like gene- and cell-based therapies doesn’t necessarily mean lowering the standard for approval, as I believe other countries have done. But it does mean having a framework that’s crafted to deal with the unique hypothetical risks that these products pose.”

Still that WSJ article is concerning.

For instance, he and his co-author Coleen Klasmeier, both former employees of the FDA, strongly criticized a federal court ruling in 2012 that the FDA could regulate laboratory-proliferated stem cells as a biological drug. Oddly, much of the basis for their criticism was far broader than the reality of the court ruling. They suggested, for instance, that the ruling opened a veritable Pandora’s box of FDA over-reach potential that extended to all autologous uses of stem cells (lab-grown or not) and beyond, but that was not the case as the ruling was focused on lab-grown stem cells. Even so they made largely unsupported generalizations such as the following:

“If the FDA’s victory is upheld on appeal, then conceivably nothing done as part of clinical practice is beyond the agency’s reach.”

In the intervening years since the 2012 court ruling and the WSJ article, we have seen that the sky hasn’t fallen from the FDA having obtained the defined authority to regulate lab-expanded stem cells as drugs. In fact, oddly enough if anything the more time that has passed, the less inclined FDA’s CBER biologics branch that oversees stem cells has been to take action on stem cell biologics. It’s hard to view the FDA issuing less than one warning letter per year to stem cell clinics even as there are upwards of 600 of these clinics as a form of overreach.

From a scientific and medical perspective, there are good reasons to regulate lab-grown stem cells as drugs. The cells are known to change their differentiation properties, accumulate mutations and epigenetic changes, and undergo other significant alterations in the dish in the lab. There is also, perhaps more directly related to the FDA’s mandate on biologics, substantial potential for contamination of cells in a lab during proliferation.

Since 2012, another big change has been the explosion of adipose stem cell clinics onto the scene, which use more than minimally manipulated liposuctioned material to make a biological drug product via enzymatic and other steps. However, the clinics argue their products aren’t drugs and they generally do not have any FDA approval to market stem cells. Nonetheless such offerings are being sold at hundreds of clinics around the country. How would a newly minted FDA commish Gottlieb view these clinics? Through the same lens as the autologous, homologous bone marrow-based approaches? What about the clinics using bone marrow and amniotic cells in non-homologous manners that make such products drugs?

More broadly, could Gottlieb pull the rug out from under CBER right as this biologics branch is hopefully working on its stem cell-related draft guidances and also hopefully internally trying to figure out how to deal with the hundreds of US stem cell clinics? It’s possible and it may be that under Gottlieb those stem cell draft guidances that would apply to many of the clinics are never finalized. We’ll have to wait and see.

On the other hand, some brave non-politically appointed FDA staff may do the right thing and take action that is in the best interests of patients by reigning in the out of control clinic industry. After the fact, Gottlieb could still reduce oversight, but it would be hard to undo already taken actions implemented to define specific stem cell products as drug products more clearly and pretty much impossible to turn back warnings already sent to specific clinics.

Gottlieb ended his 2016 Berkeley speech with some pretty radical language:

“But change of this nature is very hard. In many cases, it will require the established offices and silos that populate FDA to be dismantled in favor of a new organizational structure. There are cultural impediments, operational challenges and union issues to contend with. So FDA has inherited an organizational structure not well engineered to its current challenges.

Ironically, it’s new areas–including the gene and cell technologies or regenerative medicine–that may give FDA the best opportunities to adopt a more holistic approach to organizing its regulatory activities. Since these products don’t easily fall into FDA’s current buckets, it’ll give FDA the opportunity to create new organizational constructs to address them.”

The use of powerful words like “dismantled” by Gottlieb last year, now bode for potentially highly disruptive changes at the FDA in the Trump administration under his leadership. Since he stated that regenerative medicine products “don’t easily fall into FDA’s current buckets”, I wonder what the could mean for CBER.

I’m hoping that Gottlieb will rightly see the central distinction between empowering more efficient stem cell and regenerative medicine product development by good actors in the field (he could do this, for example, by shaping how the 21st Century Cures Act regenerative medicine-related directives are implemented) versus enabling many dubious actors at a host of for-profit businesses. These companies don’t do preclinical studies, don’t respect the FDA, and put patients at risk.

By taking action on the wild-west clinics, Gottlieb’s FDA would actually catalyze the efforts of the good citizens of the stem cell field to move forward more quickly by stabilizing the arena and helping the public “get” the difference between science-based stem cell medicine and all that other stuff.

Change at the FDA overall or on stem cells isn’t necessarily a bad thing, but in this case it could be a rollercoaster ride.