In this post I give my most interesting predictions about events in the stem cell field in 2011. Update: I’ve continuing doing predictions every year all the way through 2020 and intend to continue. See my 2012-2020 predictions here.

Appeals court rules in favor of federally funded hESC research. This is more of a hope than a prediction, but I think there is a better than 50% chance of getting good news on this front. In either case, the decision is appealed to the Supreme Court. Will the Supremes hear the case?

American support for federal funding of human ES cell research continues strong.Americans in 2011 more strongly support federally funded ES cell research than ever and across all religious and political spectrums. At the same time the enemies of ES cell research, a very small fraction of Americans, continue their well-organized and well-financed campaign of disinformation and dominate the media.

Good news for Geron and ACT on safety. Geron’s GRNOPC hESC-based product is found to be safe in their Phase I clinical trial. Also, ACT’s Phase I/II clinical trial finds that their hESC drug for macular degeneration is safe. As a big bonus, ACT’s 2nd IND is approved. I make no predictions about efficacy as that is more of a hurdle and is not the primary focus of early clinical trials.

4 thoughts on “Predictions for Stem Cells in 2011” 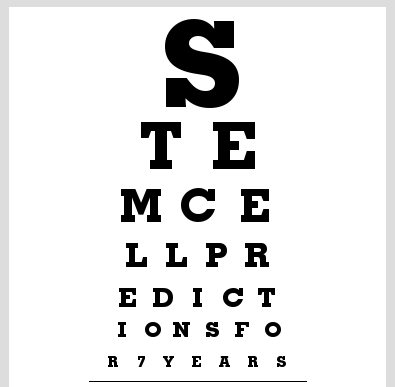