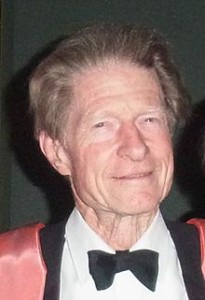 Human cloning is an important issue at both scientific and societal levels. Earlier I included a guest post from bioethicist, Arthur Caplan, on human cloning.

Today I am posting a short Q&A with Nobel Laureate John Gurdon.

I asked Gurdon three specific questions and below each I have listed his answer. My sense is that he is not very enthusiastic about the idea of human reproductive cloning.

1.) Assuming technological issues are overcome, do you see human cloning (and by this I mean reproductive cloning) becoming an accepted, relatively normal element of human society in say about 50 years?

Gurdon: I do not see any prospect of human (reproductive) cloning becoming an accepted element of society.  This is because all cloning experiments generate a fairly large number of abnormalities as well as some normal products.

2.) Would you be comfortable with human cloning? In part I ask because this article ( http://www.dailymail.co.uk/sciencetech/article-2250508/Human-cloning-start-half-century-insists-leading-scientist-Sir-John-Gurdon-work-led-creation-Dolly-Sheep.html ) seems to suggest that you would indeed be OK with the idea.

Gurdon: I would only be comfortable with human cloning if it could be shown that it works more efficiently than normal reproductive cloning.

3.) What do you see as the potential positives and negatives, such as certain ethical issues, of human cloning for society?

Gurdon: I see no significant positive outcome of human cloning unless, as I said above, it turned out to be so well developed that it gave a smaller proportion of abnormalities than normal reproduction.