The research has replicated the human therapeutic cloning work reported last year by Mitalipov’s group and has advanced the field’s knowledge further in some ways.

One major important element of the new paper is the successful use of adult and elderly somatic cell nuclear donors (ages 35 and 75). Therefore, this new work indicates that SCNT may become a viable option for production of ES cells from in principle almost any person. Further, the new paper suggests that a slightly longer period of incubation prior to activation following SCNT may yield better results.

Some questions and challenges remain, which is not surprising for such a new technology. For example, why is it still relatively speaking so difficult to make SCNT work to make NT-ESCs in humans compared to other animals? An additional hurdle is that efficiency remains a challenge. In the current paper, 2 lines were made from a total of 77 human oocytes.

Again, it is early days for human SCNT and we can be almost certain that further refinements to the technology will boost efficiency.

For perspective, production of iPS cells is also an inefficient process, but the key difference here is that to make human iPS cells one can easily start with an almost unlimited numbers (easily in the 10s of millions) of say skin cells. In contrast, the low efficiency of human SCNT is much more of a challenge because every attempt involves a unique, difficult to obtain human oocyte. In specific countries and states in the US, oocyte procurement faces complicated regulatory and legal hurdles. In this regard, it is worth noting that Mitalipov’s group has just recently reported in Nature successfully conducted mouse SCNT to make ES cell lines using 2-cell embryo cells generated from fertilized eggs rather than naive oocytes. If this works in the human context, egg procurement may become less of a challenging issue.

As with the Mitalipov group paper, this team also did not mention the broader context whereby human SCNT technology could be misused by rogue scientists to pursue human reproductive cloning. As with many powerful technological advances, dual use ethical issues can arise and that is certainly the case here with therapeutic human cloning.

Some interesting questions that remain open include why this SCNT process is relatively inefficient in humans versus other species and also why certain human donors produce eggs that have the “right stuff” for successful SCNT.

Overall, I think this paper is an exciting, important, and technically convincing. SCNT ES cells may give us another potential tool to help patients via stem cells. Mouse studies hint that SCNT ES cells may have some advantages over iPS cells, but the jury is still out on that. 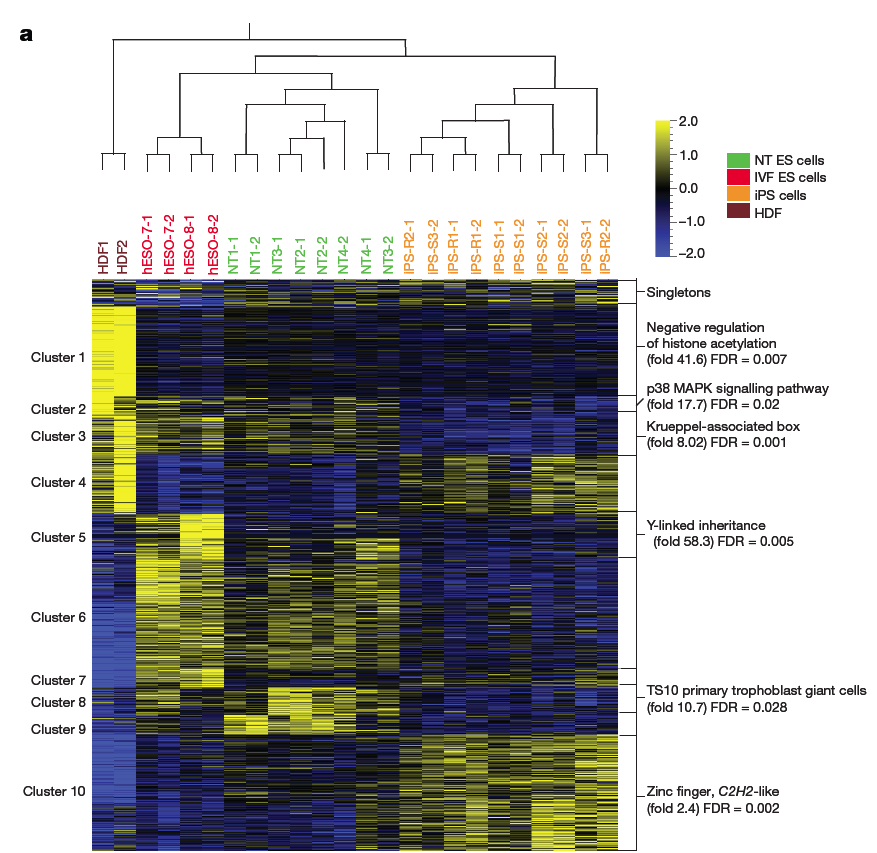